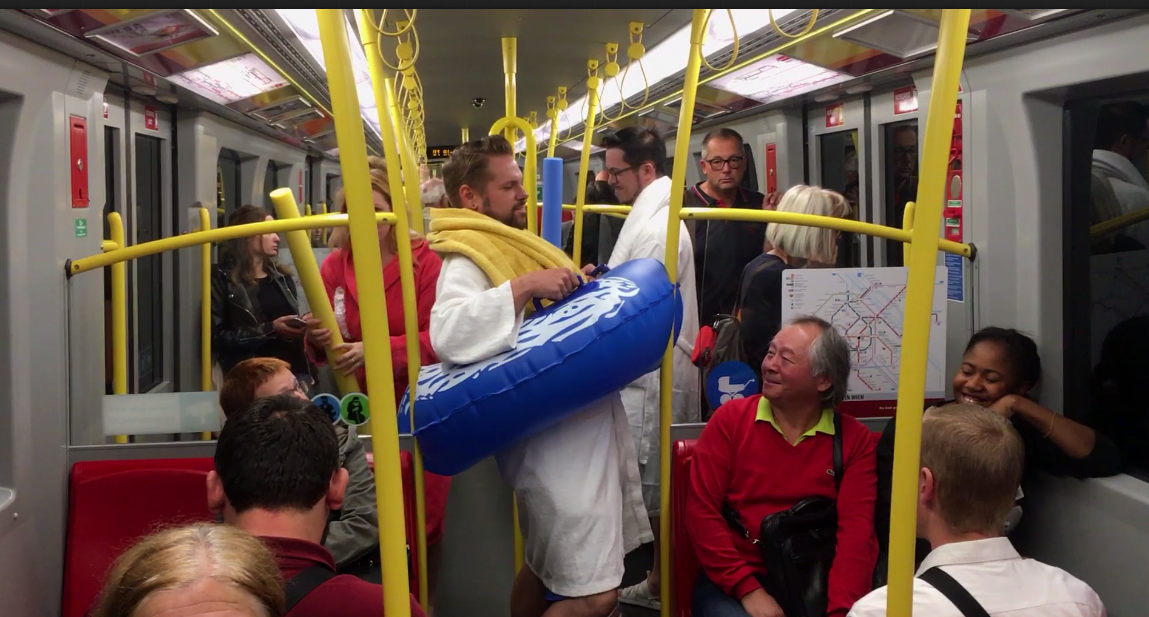 Attention-grabbing video communication turned a mundane topic like a subway extension into a social media event for the Therme Wien.

In September 2017, the extension of the U1 line to Oberlaa was opened. This means that Therme Wien can now be reached quickly and conveniently by public transport – a fact that had to be communicated, as the journey by public transport had previously been rather lengthy. The challenge was to turn the unwieldy topic of a subway extension into a social media event and to encourage Therme Wien guests to use a more sustainable and environmentally friendly way of getting there.

Skills chose an approach that was attention-grabbing and entertaining. At the same time, emotion, fun and a youthful touch should be in the foreground, which is why we opted for video communication. In the conception phase, we made sure that the video pointed out the good connection, was designed humorously without seeming promotional, and aroused curiosity about the recreational opportunities at the spa. The video was shot with actors, only small cell phone cameras and directly in the U1 to arouse the curiosity of the subway passengers and to capture authentic reactions.

The video not only improved Therme Wien’s image, but also had an economic impact. The video was filmed on the U1 subway line – during normal subway operations – and attracted a great deal of public attention. The video quickly went viral on social media, and the classic print and online media also reported on it. Therme Wien not only saw an increase in guests, but also a shift from cars to public transport in the arrival behavior of guests. A third of the guests were new and the age structure of the visitors showed a clear rejuvenation.

Skills won the PR State Award in 2018 for its communications on the U1 extension.